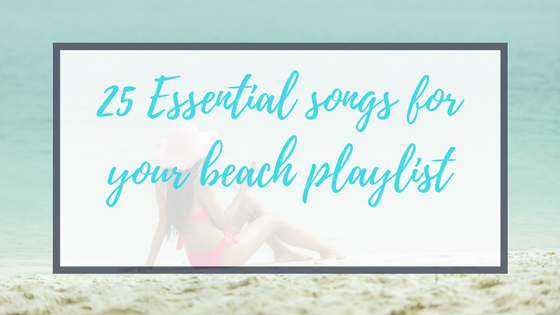 Heading to the beach this weekend? Don’t forget the music to keep you feeling happy and relaxed! The perfect beach music playlist can take your beach day from great to exceptional, so make sure you plan in advance and add these 25 essential songs to your beach playlist.

Here’s a quick graphic showing 12 of our favorite beach songs: 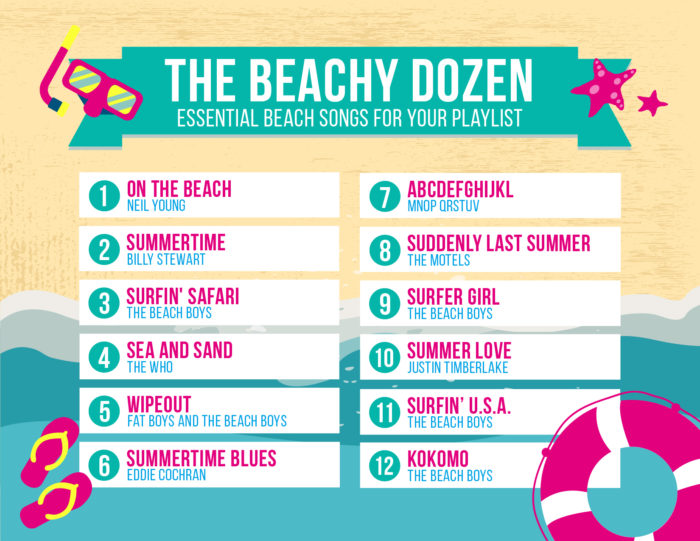 This feel-good song is the perfect addition to any beach playlist. The song, released in 1966, was an immediate hit, topping record charts in the US, UK, and many other countries. It has been widely recognized as one of the greatest masterpieces in rock music.

The radical interpretation of George Gershwin’s song summertime by Billy Stewart (known for his scat singing style) is a must-have for any beach playlist. The song was hugely popular following its release featured on Bob Dylan’s Theme Time Radio Hour show, and even featured in the last scene of the 2003 movie Stuck on You.

This is another Beach Boys song that absolutely deserves a spot on your beach music playlist. Released in 1962, it reached 14 on the Billboard Hot 100. The song is a happy, easy listening choice for any type of seaside activity.

This song starts with some soothing beach sounds to put you in the perfect mindset to relax and unwind on the beach. The song was released on The Who’s rock opera album Quadrophenia and plays off in Brighton. It portrays opera protagonist Jimmy’s affinity for the beach as an escape from life. The song is just dramatic enough to make you feel like you’re in your very own beach drama.

A happy and silly song, Wipeout combines the classic beach boys sound with some 1980s rap from the Fat Boys. If you’re looking to bust a move on the beach, definitely add this one to your playlist! It’ll have you tapping your foot in no time.

This song was rated by Rolling Stone as one of the 500 Greatest Songs of All Time so it should definitely make it onto your beach music playlist. This song aims to highlight the hardships of summer, but it does it in a way that’s still fun to listen to!

This melancholic song is the perfect soundtrack for a chilled afternoon at the beach. The song is about the downside of fame, but it is presented in such a way that it’s not too depressing to listen to on a sunny day. Rather, it will help you unwind and relax.

Another melancholic bittersweet song, Suddenly Last Summer laments a loss of innocence was written by the band’s lead singer Martha Davis as a comment on how quickly summer passes and the winter chill can creep up on you.

This chilled song features a classic Beach Boys sound and is perfect for a relaxed afternoon under your beach umbrella. The song was first released in 1963 and was inspired by Brian Wilson’s first serious girlfriend, Judy Bowles.

This uptempo pop song comments on summer love and how the singer wishes it could last longer than the summer. If you’re into popular music, this song is for you. It was first released in 2006 and made it to number 6 on the Billboard Hot 100. 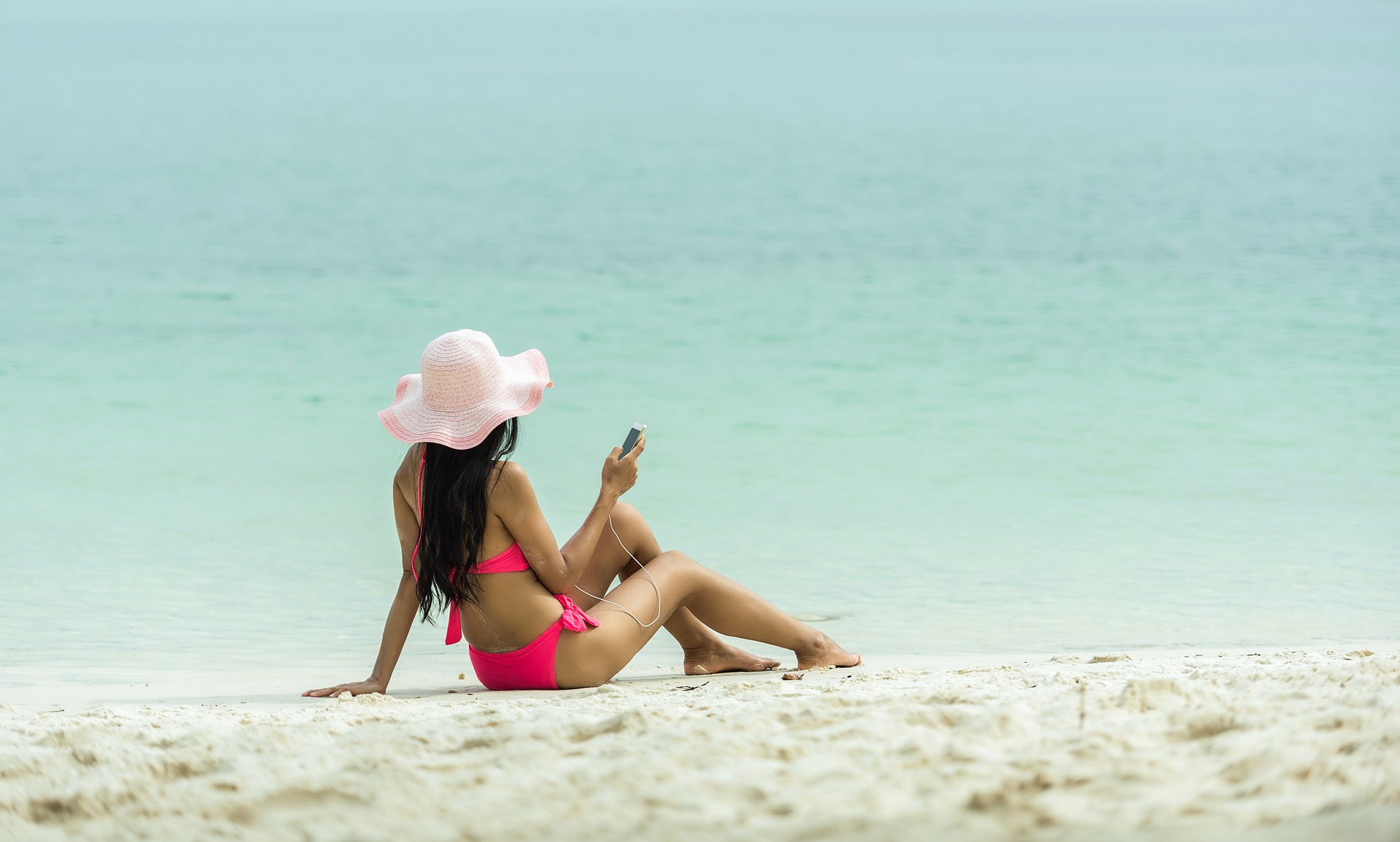 This happy-go-lucky song features lyrics by Brian Wilson set to the music of “Sweet Little Sixteen” and written by Chuck Berry. It was first released in 1963 and has since become a popular beach sound – perfect for a happy day surfing and relaxing on the beach.

This Beach Boys song describes two lovers taking a trip to the island Kokomo. It was released in 1988, and became a number 1 hit in the United States, Japan, and Australia. It was even nominated for a Grammy Award for the best song written for a motion picture. Although it didn’t win the award, it’s definitely a beach song you should try!

This song, released in 1984 is most well known for the line “Out on the road today/I saw a Deadhead sticker on a Cadillac,” which, according to American Songwriter was an actual event for the singer. Give it a listen next time you’re at the beach!

Rockaway Beach is a light song that takes listeners all the way into Queens, New York, where Dee Dee Ramone liked to spend time as a child. The song made it to number 66 in the United States, making it the most successful song in the band’s catalog.

This ode to summer and what the singer calls the best days of his life was released in 1985 and made it to number 5 on the Billboard Hot 100. It has been a beach music playlist classic ever since.

Summer Nights has been a popular karaoke song ever since Olivia Newton-John and John Travolta first belted it out on Grease, but it’s charm doesn’t end there – it’s also great to listen to on a day at the beach! It’s a happy and witty song that is sure to make you smile.

Certainly one of The Beatles’ happiest songs, “Here Comes the Sun” expresses Harrison’s relief at being away from the tensions within The Beatles, the troubles with Apple, and the various business and legal issues which at the time were overshadowing the group’s creativity, according to The Beatles Bible. Artists’ tensions set aside, this is a great sunny song, perfect for the beach.

This is an optimistic, happy tune that is sure to have you bopping your head along to the beat. It comments on the innocence of youth and the desire to grow up. Released in 1966, the song made it to number 2 on the American Single’s Chart.

19. Under the Boardwalk – The Drifters

This hit was recorded by The Drifters in 1964 and made it to number 4 on the Billboard Hot 100. A must-have for your beach playlist, this song has been covered by numerous other artists including Bette Midler and The Rolling Stones.

20. Walking on Sunshine – Katrina and the Waves

This happy song is sure to make you feel energized! This upbeat beach song was the band’s first US Top 40 hit. If it’s not already on your beach music playlist, add it now!

This more modern upbeat summer song is an ode to California, which is where Katy Perry grew up. It has a disco-pop feel and even features rap verses by Snoop Dogg. It was the summer jam of 2010 and is still totally suitable for the beach today.

According to Rolling Stone, this song sounds like an Adam Sandler parody of a pop hit, but it was massively successful nonetheless, peaking at number 3 in the US in 1999. Give it a listen and you’ll know why – it’s incredibly catchy and perfect for the beach!

This song is a must-add to your beach playlist old-school vibe to your next beach day! Telling the story of a girl who is too shy to walk around the beach in her bikini, the song, released in 1960 hit number one on the Billboard Hot 100 and also made the top 10 in other countries including the UK and New Zealand.

This R&B song has a relaxed feel and a catchy tune, which makes it perfect for a sunny afternoon at the beach. Released in 1986, it’s been a beach party classic ever since!

This song, released in 2014 was a hit right from the start, debuting at number 1 on the UK singles chart. It also reached number 7 on the Billboard Hot 100. Produced as a soundtrack for warmer months, this song is a perfect beach anthem to add to your playlist.

No matter what type of music you’re into, you’ll have millions of tracks to choose from when compiling your perfect beach music playlist. This list is just a start, pointing you towards the top happy, relaxed, and catchy tunes of the past 50 years. Now it’s up to you to compile your playlist and head to the beach. Enjoy!